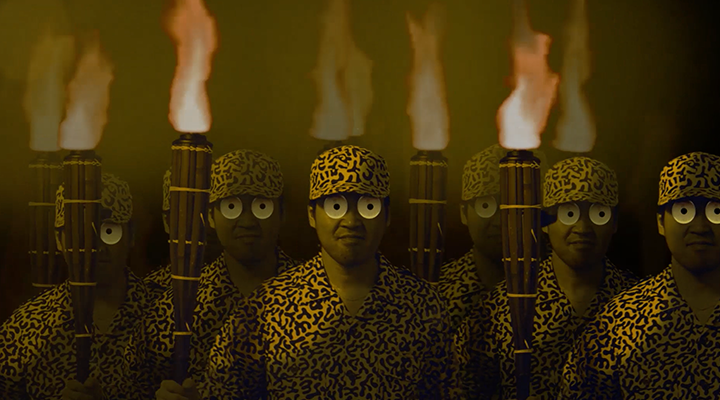 In my own self-deprecating fashion, I expected the film would not go as well as I had planned. Consequently, I determined that the production would be concept-driven and its development would involve a progression of improvisations. As new scenes were developed, the following scenes had to be modified, and the ending was changed many, many times. The film is quite different from its original synopsis and storyboard. My MFA project mimicked life itself, involving problems in previous productions that could not be changed, and improvisations at the moment to keep moving toward a future goal.

The scenes were created carefully, but the time to edit and perfect each was very limited. My work at one moment would have to be a continuation of the scenes already developed, so it would bring that segment of the process to a conclusion, as it was planned or not. It kept me engaged in a literal experimental process that included a significant exploration of the media, and in particular how it helped to shape evolving concepts and stories. There were many improvisations in detail to include more recent references. Since the storyboard was created, an abundance of absurd political events has occurred. For example, I have included the tiki torch scene in my film as a reference to the 2017 white nationalists’ march in Charlottesville, Virginia.

Tiki torches now have a significantly different cultural meaning than they did when I began my project, and I wanted to keep my film relevant by incorporating these up-to-date references.