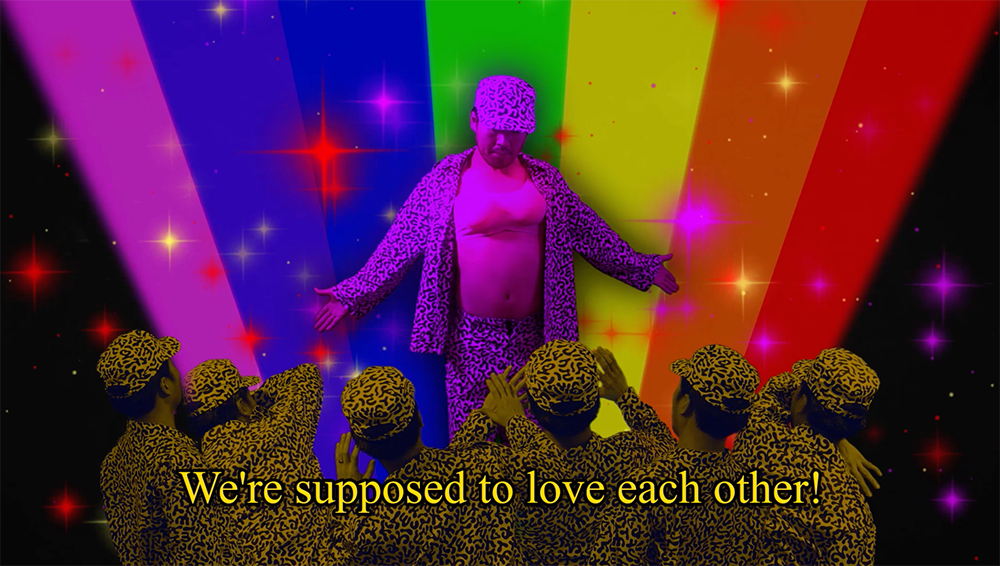 One of the references I used is the Japanese animation Sailor Moon (1991). I remember it as an animated series on TV when I was a child. I initially dismissed it as too girly of an animation; yet I remember its sparkling, high pitch machine-tone sound effects having a profound impact on me. These sound effects would perfectly fit for a scene discussing the underground LGBTQ culture in Korea, the mysterious culture that is simply ignored by traditional Korean beliefs.

This community has been denied and ignored in the Korean traditional patriarchal culture. It is a shame, a part of my guilt that I did not recognize these human rights issues until 2007 when I befriended a Korean in the US who had a different sexual orientation than me. It was a cultural taboo in Korea. Our cultural and traditional beliefs denied their existence and pushed them into an underground culture. This calls to mind a relevant line from Thomas Grey’s poetry, “Where ignorance is bliss, ’tis folly to be wise.” I was a happy idiot in his hell, after all.